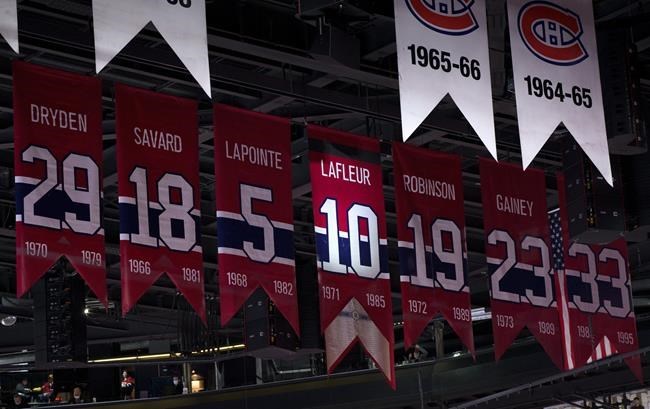 Ukraine tells Canada that Russia must be held to account: in the news, May 3

In The News is a roundup of articles from The Canadian Press designed to start your day. Here’s what’s on our editors’ radar for the morning of May 3, 2022… What we’re watching in Canada…

In The News is a roundup of articles from The Canadian Press designed to start your day. Here’s what’s on our editors’ radar for the morning of May 3, 2022…

What we’re watching in Canada…

OTTAWA _ Ukraine’s designated ambassador to Canada says Russia must be held accountable for sex crimes committed by its troops, including against children.

Yulia Kovaliv told MPs on a House of Commons committee that Russia uses sexual violence as a weapon of war and said rape and sexual assault must be investigated as crimes of war.

“The horror is that children are victims of these sexual crimes which are done (under) the eyes of their parents,” she said. “Sex crimes are part of the Russian weapon (against) Ukraine.”

She said Russia has also kidnapped Ukrainian children and taken them to Russian-occupied territories and now to Russia itself. But Ukraine is working with partners to find the children and bring them back.

MONTREAL _A state funeral will be held later this morning for Montreal Canadiens legend Guy Lafleur.

The final farewell to Lafleur begins at 11 a.m. with a ceremony at Marie-Reine-du-Monde Cathedral in downtown Montreal.

Thousands of people paid their respects to Lafleur over the past two days as he lay in state at the Bell Centre, the Canadiens’ arena.

Nicknamed “the Flower” and “The Blond Demon,” Lafleur was a member of the NHL Hall of Fame and a five-time Stanley Cup champion, having played for the Canadiens, New York Rangers and Quebec Nordiques.

The Canadiens hockey club said in a statement that the Lafleur family agreed to a state funeral as a way to share their grief with the community out of respect for the public who have supported Lafleur over the years.

What we’re watching in the US…

WASHINGTON _A draft opinion suggests the U.S. Supreme Court may be on the verge of overturning the landmark 1973 Roe v. Wade case that legalized abortion nationwide, according to a Politico report released Monday .

A decision to overturn Roe would lead to abortion bans in about half the states and could have huge ramifications for this year’s election. But it’s unclear whether the draft represents the court’s final say on the matter, with opinions often shifting big and small in the drafting process.

Regardless of the outcome, the Politico report represents an extremely rare violation of the court’s secret deliberative process, and on a matter of momentous importance. “Roe was blatantly wrong from the start,” the draft notice reads. It was signed by Judge Samuel Alito, a member of the court’s 6-3 conservative majority who was appointed by former President George W. Bush.

The document has been called the “1st draft” of the “court’s opinion” in a case challenging Mississippi’s 15-week abortion ban, a case known as Dobbs v. Jackson Women’s Health Organization. The court is expected to rule on the case before its term ends in late June or early July.

What we’re looking at in the rest of the world…

ZAPORIZHZHIA, Ukraine _ A senior US official is warning that Russia plans to annex large parts of eastern Ukraine later this month.

Michael Carpenter is the US Ambassador to the Organization for Security and Cooperation in Europe. He said on Monday that the United States believed the Kremlin was also planning to recognize the southern city of Kherson as an independent republic.

None of these measures, he said, would be recognized by the United States or its allies. Carpenter cited reports that Russia is planning mock referendums in the so-called people’s republics of Donetsk and Luhansk.

CANBERRA, Australia _An Australian man was sentenced to 12 years and seven months in prison on Tuesday for the 1988 murder of an American who fell off a Sydney cliff known as a gay hangout.

Mathematician Scott Johnson’s death was initially ruled a suicide, but his family have been pushing for a further investigation. A coroner in 2017 uncovered a number of assaults, some fatal, where victims were targeted because they were thought to be gay.

Scott White, 51, pleaded guilty in January and could have been sentenced to life in prison. Judge Helen Wilson said she had not found beyond a reasonable doubt that the murder was a gay hate crime, an aggravating factor that would have led to a longer sentence. She also said she applied more lenient sentencing models in place in the state of New South Wales in the late 1980s.

He must serve at least eight years and three months in prison before he can be granted parole.

NEW YORK _ Kim Kardashian closed the Met Gala red carpet on Monday in one of Marilyn Monroe’s most iconic dresses.

This is a gold beaded bodysuit that Monroe wore when she seductively sang “Happy Birthday” to US President John F. Kennedy some 60 years ago.

Kardashian had to lose 16 kilos to fit into the dress, designed by Jean Louis and bought in 2016 by Ripley’s Believe or Not! museum in Orlando, Florida, for the modest sum of $4.81 million.

She then turned into a replica.

Have you seen this?

Roach is tied for the spot with Julia Collins, whose 2014 run lasted 20 games. To move up to number 4 on the list, she would need to match James Holzhauer’s 32 game streak.

Roach also has the sixth-highest loot of any regular-season contender, earning US$476,985 so far.

The 23-year-old tutor has the longest streak of any Canadian to appear on the show.

This report from The Canadian Press was first published on May 3, 2022