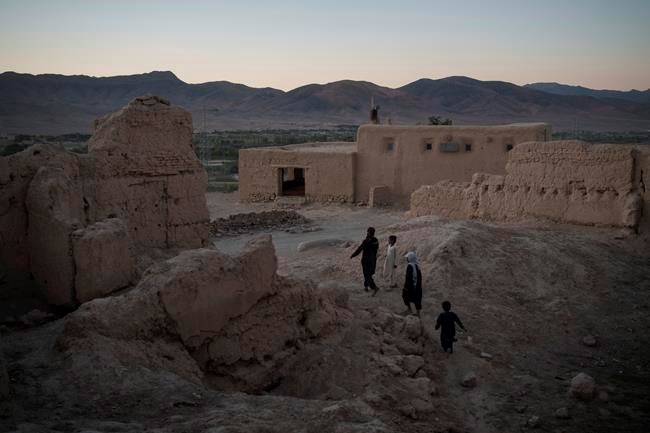 OTTAWA – The United Nations predicts extreme hunger for more than half of the Afghan population in the coming months, unless Canada and its Western allies step up their financial support.

OTTAWA – The United Nations predicts extreme hunger for more than half of the Afghan population in the coming months, unless Canada and its Western allies step up their financial support.

Monday’s joint report from the Food and Agriculture Organization of the United Nations and the World Food Program says 22.8 million Afghans will face acute hunger in the coming months, the level of need the highest in a decade. WFP says it will need $ 272 million per month. to cover a funding gap in order to be able to provide food aid.

The UN’s call for more funds comes as financial resources appear to be drying up to keep shelters open in Kabul to protect and feed some 1,700 Afghans who are allowed to come to Canada but remain trapped in the country controlled by the Taliban.

Many of these Afghans and their families face retaliation from the Taliban for helping Canada, the United States and its NATO allies by working as interpreters.

The federal government has pledged to resettle 40,000 Afghan refugees, including those from vulnerable groups who have already left the country. A spokesperson for WFP in Canada said those who remain in the country cannot be forgotten.

“Before families are forced to choose between migration and starvation, WFP needs fast and flexible funding to continue our vital response in Afghanistan. Canada has always responded generously to WFP, but now more than ever we need all international donors to honor their promises. in funds immediately.

Afghanistan’s economy collapsed with its Western-backed government when the Taliban routed rural towns and villages before breaking unimpeded into the capital Kabul in mid-August.

The Taliban’s continued offensive has forced Afghans to flee the countryside en masse and seek refuge in the cities, which has created massive food insecurity not typically seen in the country’s urban areas.

Marshall said WFP has provided food, cash and nutritional assistance to 10.3 million people since the start of this year. This included the treatment of malnutrition for nearly 400,000 pregnant and lactating women, and for 790,000 children under five.

Last month, the UN launched a flash appeal for funds to support humanitarian and development assistance and raised pledges totaling nearly $ 750 million, but so far only 45% of that amount. was poured.

“Hunger is increasing and children are dying. We cannot feed people with pledges – funding commitments must turn into hard cash, and the international community must unite to address this growing crisis. quickly out of control, ”said David Beasley, Executive Director of WFP.

Monday’s report showed a 37% increase in the number of Afghans facing acute hunger since the last detailed UN assessment in April. It says 3.2 million children under five will suffer from acute malnutrition by the end of the year, while one million children are at risk of dying with immediate life-saving treatment.

Save the Children said on Monday that new UN data showed that of the 22.8 million Afghans deemed at risk, 14 million of them are children. The organization noted that Canada had pledged an additional $ 50 million in humanitarian aid by the end of August, but said on Monday that additional “life support” was desperately needed.

A spokeswoman for International Development Minister Karina Gould said on Monday that Canada’s $ 50 million contribution was in addition to the $ 27.3 million allocated to Afghanistan earlier this year, but he did not say if more funds would be forthcoming.

“It seems there is no end to the agony for Afghan children. After decades of war and suffering, they are now facing the worst food crisis in their country’s history, ”said Chris Nyamandi, Save the Children Country Director for Afghanistan.

“The situation is already desperate. Every day we see young children in our clinics who are severely malnourished because they only have pieces of bread to eat, ”he added.

“We will continue to do all we can to provide them with the vital services they need, but for aid efforts to continue, we urgently need governments to step up aid to the country.”

This report by The Canadian Press was first published on October 25, 2021.