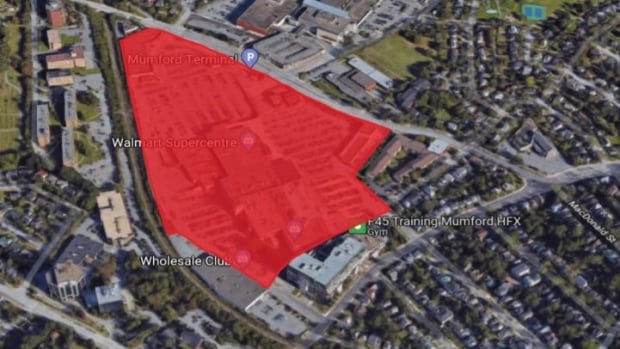 Part of the West End Mall in Halifax could be redeveloped to include a mix of townhouses, up to 15 apartment towers and a new transit hub.

Commercial real estate company Cushman Wakefield has asked the Halifax Regional Council to approve a master plan process for what is known as the Halifax Mall Annex. It is located between Mumford Road and the CN rail line.

The proposal is to demolish some of the existing commercial buildings, create new public streets and build 5,500 apartments for 12,500 people.

Some of the towers on offer have 25 floors.

The Mumford Transit Terminal is located in the redevelopment area.

City staff are looking for an improved and expanded transit hub near the existing site. The developers have suggested an underground terminal, but this option has yet to be evaluated by planners.

The report also suggests that the proposal does not have enough green space and that redevelopment should include the construction of high quality parks.

Halifax Regional Council will consider the proposal on Tuesday.

If he agrees to initiate a master plan process, public consultation would be required.