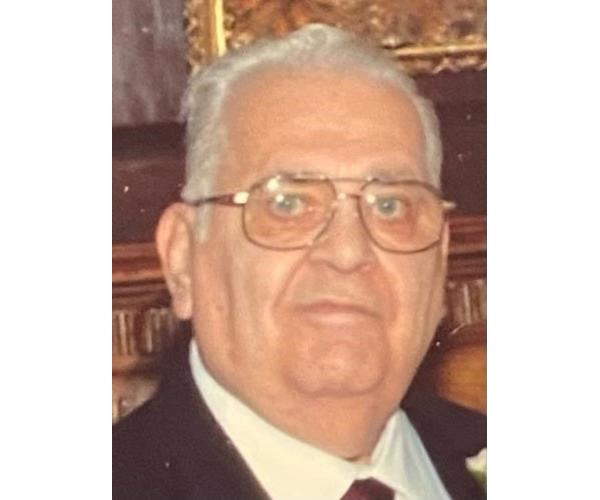 By Amanda Kautz Last updated Apr 11, 2022
Share
William Lloyd “Bill” Mason Sr. died peacefully on April 7 after a battle with numerous health issues at the age of 85. Born in West Chester, he was the son of the late Lloyd and Margaret Mason. He is survived by his beloved wife of 63 years, Nancy and his son, Bill Jr. (Amy). He is also survived by his sister, Patricia Simmons. Bill had many passions in life, including his family, the United States Navy, visiting Ocean City, New Jersey, community service, and his beloved borough of Downingtown. Few people would be worthy of the title “Mr. Downingtown”, but Bill certainly was. He graduated from Downingtown High School in 1954. While in high school, he was a volunteer junior firefighter with the Alert Fire Company. Just months after graduating, he completed basic training for the United States Navy where he served for three years as a Radarman. He then returned home to put down roots in the town and school district he loved. He married Nancy in 1958 and bought a house in Downingtown. In 1967 he began what has become more than 50 years of service to his community. Bill joined the Downingtown Jaycees, who became a powerful service club in the area. He soon became President of the Downingtown Chapter and Regional Vice President overseeing nine chapters across Chester County. In 1967 he became chairman of the organization of Downingtown’s first Fourth of July parade in many years. It was a massive parade that also served as the catalyst for the revival of the Good Neighbor Day celebration in Kerr Park. He was also one of the organizers of the very first canoe race on Brandywine Creek. A tradition that continues today. Bill was also one of the organizers of the Jaycee Carnival which was held for several years on the grounds of the old St. Joe’s Elementary School. He has represented the Downingtown Chapter at three Jaycee National Conventions. Bill also continued to preside over the annual 4th of July Parade. After aging out of the Jaycees, at the peak age of 36, he was asked to organize the nation’s bicentennial celebration in Downingtown in 1976. Bill, Nany and a handful of residents organized an entire week of events capped off with a grand parade and a tour of a wagon train that camped in Kerr Park the night before heading to Valley Forge for the 4th of July. Wagon Train participants also put on a Wild West show in Kerr Park which was attended by thousands. This event is still talking about those present 46 years later. Later, Bill also presided over parades for the Pennsylvania Tri-Centennial and the Alert Fire Company. Never one to rest, Bill was then invited to join the Downingtown Rotary Club of which he was a member for over 30 years. He was also president of the local chapter and led many events. One of my Bill’s true loves is the Downingtown School District. He has been involved with the Alumni Association for over 40 years and has served as President four times. Bill and a group of dedicated alumni have brought the organization back to a much more active status with the school district and in organizing events, including (unsurprisingly) the Homecoming Parade. Bill didn’t bleed red; he bled Blue and Gold. Bill has always had an interest in politics and in 1989 he became a member of Downingtown Borough Council. He was chosen by his fellow members to serve as Chairman of the Board for several years. He did all of this while working at the Post Office in Downingtown for over 30 years. He never sought fame or praise nor pursued wealth. His reward was a job well done for making his hometown a better place. For many years, he worked from 3:30 in the morning. until 12:30 p.m. at the post office, took a little nap and started working on the community project that was waiting for him. After retiring from the post in 1991, he began a new chapter working at the Chester County Courthouse in the Prothonotary’s Office and for over a decade as an Adviser to the Judge of the Court of Common Pleas William Mahon. For his friendly demeanor and knowledge of what was going on in and around the court, some began to call him “the mayor of the courthouse”. In 2021, to honor his work securing the funding, the rebuilt Chestnut Street Bridge in Downingtown was named the “Bill Mason” Bridge. A fitting tribute to a life well lived that will be remembered with love. He loved to regale people with his many stories from his years in the Navy and looked forward to his next vacation. A visitation for Bill will be held from 5 to 7 p.m. on Thursday, April 14, 2022 at James J. Terry Funeral Home, 736 E. Lancaster Avenue, Downingtown, PA. A second visitation will be held from 9:30 a.m. to 10:45 a.m. on Friday, April 15, 2022 at the funeral home, followed by a funeral service at 11 a.m. Interment will be in Northwood Cemetery. To leave condolences online, please visit www.jamesterryfuneralhome.com

Provinces participate in maintaining rural bus lines in the Maritimes