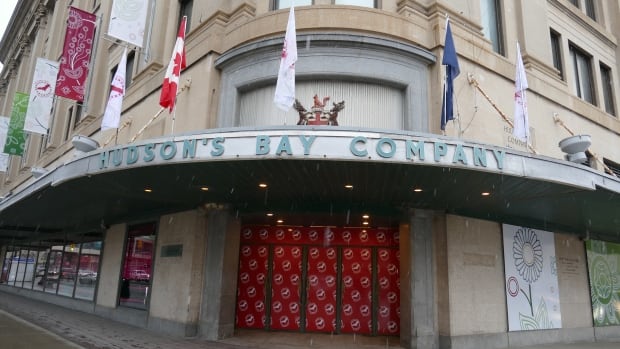 City of Winnipeg to provide Southern Chiefs’ Organization with up to $9.7 million in property tax refunds over 25 years as part of program to help with $135 million redevelopment of the old Hudson’s Bay building.

The province is contributing $35 million to the project, while the federal government has provided loans worth $65 million, requiring only $10 million to be repaid.

In a new report to the City Council’s Policy Executive Committee, the city offers SCO an 80% rebate on property taxes the development will generate each year after a new occupancy permit is issued, likely in 2025 or 2026 .

This refund, which uses a mechanism called tax increment financing, will be in place for 25 years. That will average $388,000 a year, Winnipeg economic development director Matt Dryburgh wrote in the report to EPC.

“The transfer of the HBC Building to COS marks an important act of economic and social reconciliation with Indigenous peoples and a significant revitalization project for downtown Winnipeg,” writes Dryburgh.

Once the building is redeveloped, the city expects to continue to collect about $97,000 in property taxes from the site each year, which is an increase from the current annual tax bill of $62,000, according to reports.

The city is also proposing to expedite permits for the project and waive up to $350,000 in permit and planning fees, according to the report.

“There is recent precedent for council approving a reimbursement of similar costs, having approved a reimbursement of $400,000 for estimated permitting and planning costs associated with a Portage Place shopping center redevelopment project,” Dryburgh writes.

The city is also proposing to improve the sidewalks and streetscape around the Old Bay Building by 2025 and may repair areas – hollow spaces under the sidewalks – along the north, east and west of the block, the report says.

The Hudson’s Bay Company flagship store in Winnipeg opened on Portage Avenue and Memorial Boulevard in 1926. The city has granted heritage protection status to the building’s limestone cladding, awnings west and north and its curved elevator hall within.

HBC began closing floors of retail space in the building in the 1990s and permanently closed the store in November 2020.

The company transferred the structure to the Southern Chiefs’ Organization in April.

The aid plan for the redevelopment of the bay is presented to the policy executive committee on June 15 and to the council as a whole on June 23.

Vancouver Weather: Is an Atmospheric River Heading Our Way?

Canada and California partner for climate action and nature protection