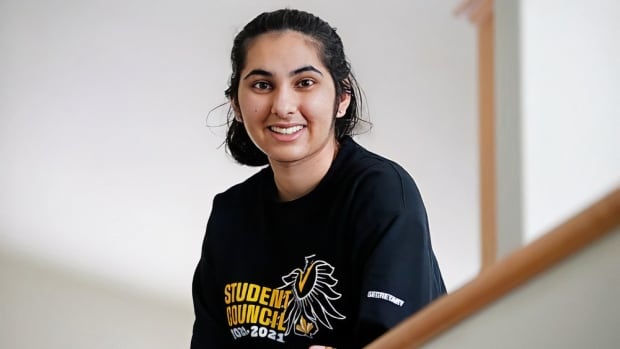 Some Winnipeggers are among those supporting this call.

“[Climage change] disproportionately affects the countries of the South, and I think that their demand [to pay] for something that we are responsible for is very fair,” Sharma said.

A report by the Intergovernmental Panel on Climate Change indicates that between 1850 and 2019, North America was responsible for 23% of all CO2 emissions, making the continent the largest contributor during that time. period.

According to the report, regions whose countries are considered part of the Global South – Africa, Latin America and the Caribbean, Southeast Asia, South Asia and the Middle East – made much smaller contributions.

Sharma, whose family immigrated to Canada nine years ago, said they have seen the effects of the climate crisis in their home country of India.

“There’s kind of a landfill. Wherever you…walk, you’ll see plastic bags and all these non-disposable materials.”

These conditions are common “due to lack of, I believe, education and lack of resources,” she said.

She wants countries, including Canada, to pay for damages suffered in vulnerable countries.

“Let’s focus on change this time around,” she said.

“There should be climate justice”

Asif Sherazi, who works in Pakistan with the humanitarian aid organization Islamic Relief, says the issue of climate injustice matters and countries that contribute most to CO2 emissions must pay for its effects on others.

He said he sees the impacts of climate change in the catastrophic floods in his countryeven though the report of the Intergovernmental Panel on Climate Change indicates that South Asia has been responsible for only 4% of CO2 emissions since 1850.

“The countries [who] are not responsible… for climate change and its negative impacts, they are victims of this,” Sherazi said. “There should be climate justice.

He hopes Canadians at COP27 will advocate for long-term funding to address the climate crisis and Canada’s effects on countries in the Global South.

“There is a long journey for recovery.”

“There is no place for us to shirk”: prof

Mark Hudson, a sociology professor at the University of Manitoba, said calls for climate justice from the Global South are a “perfectly just demand”.

Hudson said global greenhouse gas emissions are largely driven by countries like Canada. These emissions lead to climate instability, which in turn leads to climate disasters that displace people and uproot their lives.

“There’s really no reason for us to avoid these kinds of financial payments,” he said.

Hudson said that to create a fund to help countries that are experiencing climate disasters, Canadian leaders “could look at the industry that is really bringing climate change to us, which is the oil industry, and consider taxing those industries. in order to meet some of these funding commitments.

Hudson said he hopes wealthier countries will establish a fund to address the impacts of the climate crisis facing countries in the global South. But he does not expect a “solid deal” to be reached before the end of COP27 on November 18.

“We’ve been shown that in the global pandemic, when things get hectic, if we need resources to protect people, especially our own, we find those resources, and we have to start thinking about our own people,” did he declare.

“It’s not us in Canada, or North America or Western Europe. We have to think about this in a global sense.”

Region of Waterloo does not have shelter beds to accommodate residents in the event of eviction, lawyer claims