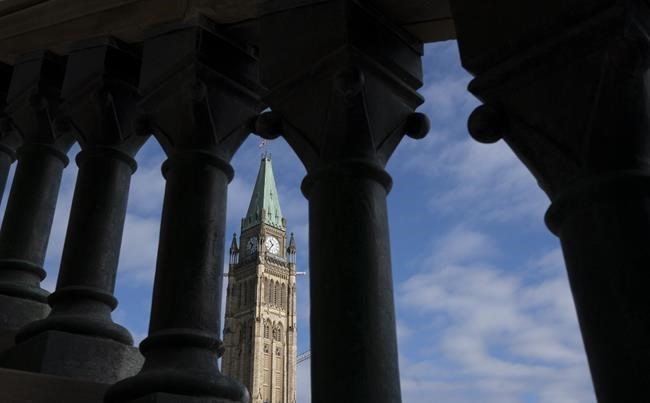 OTTAWA – A Canadian woman who spent more than two years in Syrian prison camps has returned from Iraq after fighting Ottawa for an emergency travel document.

OTTAWA – A Canadian woman who spent more than two years in Syrian prison camps has returned from Iraq after fighting Ottawa for an emergency travel document.

The woman’s lawyer, Paul Champ, says she arrived in Canada late Monday and was reunited with her five-year-old daughter and other family members.

The child, who was born in Syria, arrived in Canada earlier this year to live with her aunt.

The woman’s months-long struggle to return home highlights the plight of several Canadians among the thousands of foreign nationals held in Syrian camps by Kurdish forces who retook the conflict-torn region from the Islamic State of ‘Iraq and the Levant.

The Canadian Press does not identify the woman, her daughter or their current location for their safety.

Over the summer, the woman believed she was on the verge of obtaining a travel document from Canadian authorities, but when the process stalled, she took her case to Federal Court.

“It was shameful that my client had to sue the Canadian government to force her to give her an emergency passport,” Champ said.

“We still have no explanation as to why Canada left her stranded in Erbil, Iraq, a few blocks from the Canadian consulate who could have issued her an emergency passport at any time.”

The RCMP sent officers to Erbil to interview the woman in late October. Mounted police met the woman when she arrived in Canada this week and asked for a peace bond, which requires a person to meet certain conditions, Champ said.

â€œI suspect the RCMP consider a peace bond request to be prudent in the circumstances given the nature of their trip, but I expect it will not be sustained for long. There is no evidence that she poses a threat to anyone and there are no charges against her, â€he said.

“What’s most important right now is that my client is safe with her family, seeing her mother after almost eight years and her daughter after eight months.”

The woman was delighted to see her young child, Champ said.

â€œIt was a surprise to the little girl when her mother entered the room. They hugged and the girl continued to stroke her mother’s face and hair and laugh. I don’t think so. she can believe it. “

The woman was born in Somalia, came to Canada with her family in 1993 and became a citizen in 2004. She grew up in Toronto and then moved to Vancouver.

In 2014, she left Canada for Turkey, soon traveling to Syria.

“Soon after, I realized I had been manipulated into getting to this country,” she said in an affidavit filed in Federal Court.

She eventually made contact with Peter Galbraith, a retired American diplomat who helped women and children out of the camps.

Galbraith, in his own affidavit filed with the court, explained how he initially arranged for the girl to be released into the custody of the woman’s sister. A few months later, fearing for the safety of the woman, he persuaded the authorities to release her as well, and they headed straight for Erbil.

This report by The Canadian Press was first published on November 23, 2021.